Farmland and farming is very important in shaping the landscape known to many of us, flower rich grasslands and hedges full of berries.  Farmland provides somewhere for a range of species to live, from the familiar hedgehog, to fields of cornflowers.

Croftland with the traditional management is an important cultural and ecological landscape and has helped form some of our most unusual habitats which make Scotland so special.

Hedges are an integral part of our landscape and our culture. These original field boundaries provide an essential habitat and refuge for a wealth of farmland wildlife. They were also used traditionally as a source of food, fuel and timber.

Birds such as the mistle thrush and wood warbler, butterflies such as the peacock and meadow brown, and mammals such as bats and hedgehogs all use the shelter and food supply in a hedge. Hedges also act as wildlife corridors, helping animals to move through open farmland while staying under cover.

Hedgerow trees add further variety to the hedge. They can provide food, nesting sites and song posts for wildlife, and shelter and shade for livestock as well as wood and fruit for people.

Threats to our hedgerows

At present, there are about 46,000 km of hedgerows in Scotland. This is roughly equivalent to the circumference of the Earth! However, now that hedges are no longer essential as stock-proof field boundaries, they are often left unmanaged. Or, in contrast, they may be cut short every year so that they provide few fruits and berries and little shelter amongst their branches. Hedges need to be layered and trimmed every two or three years to keep them dense and to maintain a good source of food and shelter for wildlife.

Conservation headlands, beetlebanks and grass margins around arable fields are all kept free of pesticides so that invertebrates can thrive. The insects living in these strips provide food for birds and small mammals – they can also include crop pollinators and predators of crop pests. Unsprayed field margins act as a buffer between the crop, with its chemical applications, and the adjacent unsprayed habitat.

Field margins are under threat from agricultural intensification because they take an area of land out of maximum production.

Grassland covers a third of Scotland and feeds our cattle and sheep as well as much of our wildlife – think of badgers foraging for worms, bumblebees collecting pollen, lapwing nesting in open fields, predatory beetles hunting smaller insects, crane’s-bill and pignut flowering on a grassy road verge.

Most farmland grasslands are fertilised to be productive but this makes them species-poor because it encourages a few grass species to grow rapidly and crowd out the smaller, slower-growing species. In contrast, unimproved lowland grasslands are the small meadow areas that have not been fertilised and are still full of flowers, rushes, sedges, mosses and the great variety of wildlife that has been squeezed out of productive grasslands.

Many colourful flowering plants grow in these grassland areas, such as purple thyme and knapweed, yellow primrose and rockrose, white eyebright and oxeye daisy, pink orchids and red clover. These plants support insects that feed on their nectar and pollen, buzzing from one flower to the next. This abundance of insects, including bumblebees and butterflies, attracts birds such as the yellowhammer, nesting in nearby hedges, and the skylark, raising its young on the ground in open fields.

Unimproved lowland grasslands are rare in Scotland now because farmers have been improving their land to increase yield for centuries. While this has produced ever more meat and milk, it has also upset the balance of species that co-existed over the years. It has replaced diverse ecosystems with simple ones that depend on chemical inputs.

Why are they important?

Despite these changes, small areas of unimproved lowland grasslands have survived, especially in places where access for farm machinery is difficult. The farmers who are the guardians of these special places ensure that species such as orchids and globeflower can still be found in abundance. They show us what grasslands used to look like before ploughing and fertilising become common practices. They are a source of seed for the many grassland species that can’t survive in productive grasslands.

The species in these grasslands enjoy a certain level of grazing – enough to ensure the meadow does not become overgrown and rank, but not so much as to prevent the flowers from seeding. Many grassland plants need small open spaces to germinate while many invertebrates need tussocks for shelter, so the best grasslands for wildlife contain both short and long patches – a variety of micro-habitats for a variety of species.

Lowland heath is the area of heathland below 300m. Heathers, dwarf shrubs and gorse make up the main vegetation. Occasional scattered trees can also be part of the heath. Lowland heath can be split into wet and dry heath. These were once common habitats across the UK.

Lowland heathland exists due to past human interventions. Traditional activities such as grazing kept the woodland regeneration under control as grazing animals nibbled the seedlings. Any trees that did become established were collected for firewood. This had the result in creating an more open habitat than it would otherwise have been.

Heathlands are a rare habitat on a global scale. They are found in cooler climates where the soils are poor in nutrients and where there is sufficient moisture to support the heathland species

The UK supports 20% of lowland heath in Europe. Scotland has approximately 20% of that figure, covering 0.2% of the area of Scotland. Clearly, it is now a scarce resource.

Lowland heath is now a threatened habitat as it has come under pressure from the demand for land for agriculture, forestry and development. Areas of heath that do remain at are risk from inappropriate management, either through poor grazing practice or unsuitable burning regimes.

Why heathland is important

There are over 5,000 invertebrate species in the UK that can be found living on heathland. The areas of heath may naturally return to woodland, but as woodland is more common than heath, it is important to conserve what little remains. Important species including Juniper and Skylark can be found on lowland heath.

Wood pasture and traditional orchards cover less than 0.03% of the surface area of Scotland. Commercial orchards are not included in this definition. Orchards are threatened by changes in agricultural practices and the demand for cheap imported fruit. More than 90% of orchards in the UK have disappeared in the last 30 years. This can be attributed to a combination of factors – but neglect and misuse as well as reduced economic viability have not helped.

Why are they important?

Dead wood is an important component of any wood pasture or orchard. Management of the wood might involve removal of old branches or trees, but standing deadwood is very important and should be left to benefit biodiversity. Fungi and lichens will thrive in the relatively undisturbed habitats. Pasture and orchards tend not to have many chemical applications and this management regime benefits sensitive species such as waxcaps.

Orchards have a role to play in preserving crop diversity which may become more important as climate conditions change.

The traditional view of red poppy heads waving in the breeze or a field of golden corn with a sheen of cornflower blue has become rare as agriculture has intensified. Landowners trying to optimise production must ensure that their fields are managed as efficiently as possible. They will not want to waste resources in producing unproductive flowers that are not part of the crop.

Arable flowers are often annuals, which means that they manage to grow, flower, fertilise, produce seed and disperse within one season. Some plants can go from seed germination to producing seed in just 6 weeks – very important if you only have a short window of opportunity.

All arable plants thrive on regularly disturbed ground. Ploughing clears the ground and, as many arable plant species do not compete with established plants very well, a bare soil surface helps them to germinate. Ploughing turns the soil as well, burying seed in the seed bank where some seeds may lie dormant for decades, waiting to be exposed to light so that they can germinate.

Surviving in the fields

Arable flowers are declining due to technological and chemical advances – very good news for farmers wanting to maximise their crop but bad news for biodiversity. Large fields growing only one crop – a monoculture – provide a very barren landscape for insects and small animals.

Why is it important?

Arable plants are valuable as they provide an alternative source of habitat to the nearby crops, and a supply of seed that feeds birds, mammals and invertebrates. Many arable weeds are species that are related to cultivated varieties. As climate changes, these rapidly growing species may become more important. They also form an important part of our cultural heritage that is in danger of disappearing. 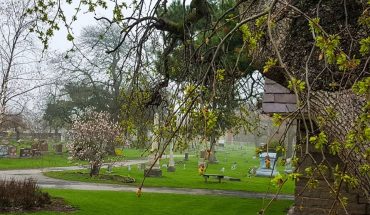