Ferns share many of the characteristics of flowering plants such as upright stems which transport water in specialized tissues. Lacking flowers they more than make up for this with their delicate and unusual leaves. Victorian gardeners latched on to this and started a fern craze which saw the populations of some native species plundered to levels which have left them rare and endangered ever since.

A variety of shapes and sizes

Ferns are not just the large-fronded eye-catching plants of the type used by florists and seen most commonly in damp woodlands and steamsides. Much smaller species find homes in grasslands, rock crevices, walls and mountain ledges. These include the tiny and mysterious moonwort, a plant of meadows and upland grassland and the common but easily overlooked wall rue which with cleaner air in now found on mortared walls throughout our cities. Filmy ferns are so small that they are often confused with the mosses and liverworts with which they grow in very damp woods and hills to the west of Scotland.

Clubmosses grow on heather moorland, mountain tops, flushes and lake margins. Despite their name these attractive plants are not mosses but more closely related to to ferns. Horsetails are very ancient plants which have changed little since they covered much of the land before the age of the dinosaurs although then some were as tall as modern trees. There are still horsetails in Mexico that are 8m tall but here our largest is the great horsetail Equisetum telmateia. This does grow up to 2m tall and is particularly striking when the ‘flowers’ arise in early spring.

Bracken – a problem plant or an underused resource?

Bracken is our most widespread large fern species covering large areas of our moors and uplands. In the past bracken was harvested and had a variety of uses including bedding for livestock and in thatching. These uses have now ceased and end of harvesting is one of a number of causes including changes to grazing and burning management which have caused a rapid expansion of bracken over the last 70 years or more. Innovative new uses for bracken such as a component of garden compost could, along with good burning practice, be part of a solution to the bracken invasion problem. It is a remarkably successful example of this ancient group of plants as you can find it even in the tropics.

Unlike bracken many of our ferns are rare and in some cases declining. Alpine Lady’s fern is disappearing from many of its sites as the late snow lie it relies on to protect it from frost no longer occurs in our changing climate. Oblong woodsia suffered from over collecting in Victorian times and now the tiny isolated populations are vulnerable and declining. At the Royal Botanic Garden Edinburgh new plants have been raised from collections in the wild and successfully transplanted back into the wild to help endure a better future for oblong woodsia.

How can you help ferns 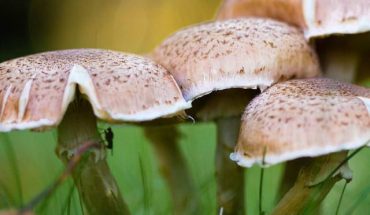