The great crested newt (Triturus cristatus) is the largest of the three British newt species with an adult length of 90 -170 mm. The adult male has a jagged crest along his back which decreases in size outside the breeding season. Both sexes are very dark in colour with a vivid orange belly patterned with irregular black spots. The skin is granular giving the species its alternative common name of warty newt.

The great crested newt spends the bulk of its life on land but is dependent on small to medium sized freshwater ponds to breed. Naturally a creature of rough grassland, scrub and woodland, the species has long been associated with lowland farmland but has also found a niche in former (and current) mineral workings and other ‘brownfield’ habitats. Terrestrial life is typically spent within 250 m of the breeding ponds but dispersal of up to 1000 m can occur. It is crucial that these habitat components are appropriately linked by areas conducive to newt movement to permit migration between key areas. Studies have shown that the density of ponds may be important to the long term survival of populations and that great crested newts prosper where several ponds within a given area are connected by suitable habitat so that if a pond becomes unsuitable then others are available.

The great crested newt is still quite widespread in Britain. The Scottish distribution is predominantly in Dumfries and Galloway, the Borders, across the central belt and around Inverness. A 1995-96 national survey located 85 ponds with great crested newt populations. Subsequent work from local surveys and environmental assessments linked to development proposals has brought this number up to around 100. The species may be numerous locally in parts of lowland England and Wales but is absent or rare in Cornwall and Devon. It is absent from Northern Ireland.

They are nocturnal predators on invertebrates, spending daytime in damp refuges, for example, under stones and logs. Breeding takes place in ponds in spring to early summer, governed by temperature. A female can lay around 300 eggs which are laid singly, attached to vegetation. Larvae usually develop through their aquatic stages over a three month period before adopting the terrestrial habit. However, metamorphosis is dependent on temperature and in cooler climates or nutrient poor (and hence invertebrate prey deficient) ponds, larvae can take much longer than three months to develop. Once on land they take around three years to reach breeding maturity.

The species has suffered a decline in recent years with studies in the 1980s indicating a rate of colony loss of approximately 2% over five years across Britain. It is estimated that there are about 18,000 occupied ponds within Britain, although only about 3,000 of these have been identified. The British population is amongst the largest in Europe, where it is threatened in several countries.

The great crested newt is threatened by loss of breeding ponds through destruction or degradation of water quality due to development or changes in agricultural practice, but also through natural succession, neglect and mismanagement. The introduction of fish to breeding ponds is almost always catastrophic. Of equal importance is the loss and fragmentation of terrestrial habitat.

Great crested newts and the law

If you intend to do any work near an area which might be occupied by Great crested newts then you should consider whether anything you do might involve acts which are illegal under the legislation.

It is possible to obtain a licence to carry out work that would otherwise be illegal as long as it is offset by other work so that the overall status of the newt population is not degraded. The page Mitigating the effects of development has a link to guidance on mitigation.

A licence application must fulfil three tests as outlined in the European Protected Species Licensing page.

The habitat requirements of the Great crested newt are quite well known so it is relatively easy to make or manage suitable habitat for them.  There are several publications which outline this for example the Amphibian Habitat Management Handbook  published by ARC (Amphibian and Reptile Conservation Trust) or the Great crested newt conservation Handbook published by Froglife.

Like other protected species, conservation work for the great crested newt is supported by Scotlands Agricultural Support system known as SRDP (Scottish Rural Development Programme).  There is a useful guide on how to go about getting support for land management projects which help great crested newt (A guide to Rural Priorities and Land Managers Options for great crested newts.) produced by ARC.

The great crested newt breeds in small freshwater ponds and must live its life within a few hundred metres of these. It is, therefore, vulnerable to having its very restricted living space destroyed by development. To make matters worse, the type of habitat it likes is often found on the fringes of urban areas – even previously built-on “brownfield” sites – which are ripe for development.

The effects that any development would have on the GCN populations must be mitigated so that the population can continue to thrive by changing the development to avoid the area used by the newts, adjusting the scheme so that the newts are shifted from part of the area but provided with ample habitat elsewhere on the site or, in extreme cases, moving the newts to a piece of land especially prepared for them.

Though GCNs clash with development in only a handful of cases each year in Scotland there is a vast experience of cases south of the border and mitigation techniques are well defined and guidance can be found in the Great crested newt Mitigation Guidelines (2011).

Remember that it is illegal to kill or injure a GCN, destroy their breeding sites or resting places or disturb them in these places or disturb them in such away as to impair their ability to survive or reproduce so all but the simplest mitigation work can only be allowed under a licence from Scottish Natural Heritage. Local Authorities will not issue planning permission for a development unless the proposed mitigation work qualifies for a licence.

If great crested newt are known to live on or near a development site and as part od a licence application, a Species Protection Plan should be produced. This should include;

A survey of the newts and their habitat to show the level of population and what habitat they are using. This will allow the level of mitigation which is required to be judged.

An assessment of the effects of the development on the newts if no mitigation is carried out.

A proposal for mitigation with details of habitat offered in compensation, how the newts will be excluded from the development land, trapped etc and also a follow on scheme to monitor and maintain the viability of the population effected. 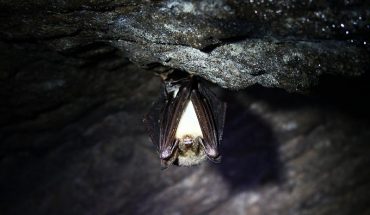