The Scottish National Portrait Gallery opened to the public in 1889, and is the first purpose-built portrait gallery in the world.

A distinctive landmark on Edinburgh’s Queen Street, the Scottish National Portrait Gallery is a grand, neo-gothic building in red sandstone.

The north- and east-facing sides feature an elaborate scheme of decorative sculptures. Poets, monarchs and statesmen watch over Queen Street and North St Andrew Street, while William Wallace and Robert the Bruce guard the entrance.

Once inside the building, the Main Hall proves a breathtaking introduction to Scottish history. Along the first-floor balustrade runs a processional or pageant frieze that depicts many famous Scots in reverse chronological order. Starting with Thomas Carlyle, it was designed as a ‘visual encyclopaedia’ and includes figures such as David Livingstone, James Watt, Robert Burns, Adam Smith, David Hume, the Stuart monarchs, Robert the Bruce and Saint Ninian. The artist, William Hole, also painted a series of large-scale murals on the first floor. Like the frieze, these paintings of scenes from Scottish history are as much a part of the fabric of the building as the memorial to its founder, John Ritchie Findlay, on the ground floor. His was the first contemporary portrait to be commissioned for the Gallery.

The building stretches out symmetrically on either side of the Main Hall, and its three floors are used for a mixture of permanent and temporary displays. For the first hundred years of its existence, the Gallery shared its space with a number of learned societies. As the last of these is now leaving for a permanent location elsewhere, the Gallery is preparing for a major overhaul. Over a number of years, both the building and its displays will be upgraded and redeveloped, with facilities and services modernised, so that the Gallery can continue to serve and inspire existing and new generations of visitors in the twenty-first century.

From 6th April 2009, the Scottish National Portrait Gallery, home to the collection of Scottish portraits, will be closed while it undergoes a major refurbishment. The aims are to restore and reveal much more of our magnificent building, provide new visitor services and to show many more works of art.

When the Gallery re-opens in late 2011, the way in which the collection is displayed will also be transformed. The portraits will be shown within the context of various historical and thematic exhibitions, bringing to the foreground the fascinating stories behind the sitters and the artists. Much more photography will be on display, and there will be a strong focus on Scottish art.

While the Portrait Gallery is closed, a selection of portraits from the collection will be on display at the National Gallery Complex, the Modern Art Galleries and exhibitions across the country.

You can also visit a selection of the artworks from the Portrait Gallery collection in the Online Collection and sign up to our new Portrait of the Month website feature, where famous and not-so-famous portraits will be presented in a new light. 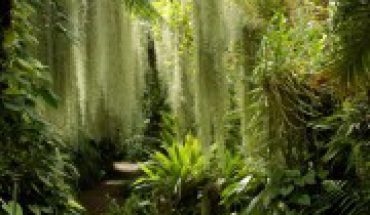