The Lake of Menteith Hotel is located on the shores of Scotlands only lake. Glorious views out over the Lake & to the Islands & Mountains beyond are broken only by diving Osprey & migrating wildfowl. Spectacular sunrises & sunsets are just two of the many reason to enjoy a stay at the Lake of Menteith. Country Hotel of the Year & Romantic Hotel of the Year are amongst the awards we achieved in 2009.

The Port of Menteith is in the heart of the ancient Earldom of Menteith, and of the then powerful Graham clan. The Mausoleum to the Grahams of Gartmore, designed by William Stirling in 1817, is a stone pedimented rectangle set on a battered stone plinth in the grounds of the Parish Church. The church to be found today was designed by the Glasgow architect John Honeyman in 1876 and is buttressed gothic with a stone pyramid on top.

The heart of the hotel was the former manse, possibly very late 18th century, with the hotel itself dating from 1854. From 1874 –1879 William Mitchell tenanted the Port of Menteith Inn. In 1936 Mrs Dalrymple purchased the hotel from the Duke of Montrose, assisting his estate to pay for death duties.

Lighting was by oil lamps, there was no electricity and only one bathroom, upstairs. Electricity was installed and a washbasin plumbed into every room. A pump was installed to supply water from the lake. The refurbishment of the hotel was reflecting the art deco architecture and decoration of the period.

During the Second World War the military commandeered the hotel as the area was used as an ammunitions dump. In 1950 the Dalrymple family sold the hotel to Mr Nisbet and in 1989 it was acquired by Mr Leroy and it was once again refurbished, reflecting the art deco style from the major work carried out in 1936.

In May 2005 the hotel was acquired by Ian Fleming and over the years that followed, was entirely refurbished and decorated in a Bostonian New England style.

As you visit ‘Lake Of Menteith Hotel & Waterfront Rest’, you may find interest in following listings . . . 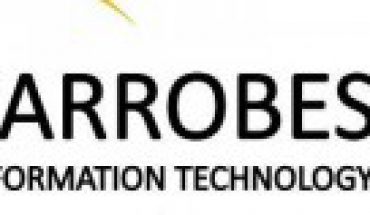