There’s so much to do and see in Atlantis Leisure for all ages.

One family tells Holiday West Highland what they got up to at the Oban Attractions:

When we got to Oban we quickly set about finding family activities in the area Top of out list was Atlantis Leisure; looking at its website it seemed to have something for all of us.

I was driving, so it was a relief for me to find there was ample free parking at the Leisure centre.

My two Children were very excited to get there but we weren’t even inside the building when my young daughter noticed the play park outside. My wife waited with her while my son and I went in to see what was on offer. We had noticed the tennis courts outside Booked a court for a father-versus-son challenge match, Needless to say, I won.

All four of us had a delicious, yet reasonably priced, lunch in the café before asking what else was on offer for the rest of the week.

The staff was very friendly and chatty -it was as if they had known me for years and told us what we could get up to during the week.

Over the next few days I visited the gym four times and got the advice of personal trainer, which I will put into practice when I go home. big difference I noticed from my gym back home was that Atlantis was air-condition – what a difference!

I was also impressed to see the gym had Techno gym and power plates, which is state-of-the-art kit. How could I do all these things with two children to entertain? The Atlantis Kids’ Camp: What a great idea!

When my sporty husband said we were going to a leisure centre, I was hesitant at first but I went along for the kids1 sake. However, when we went inside and found out everything that was going on, I was so impressed.

My daughter doesn’t play many sports but once she had been in the play park and the soft play area she was desperate to come back for swimming. She was content to have a dip in the lovely, warm training pool. While I got to have a swim my self. I was speaking to one of the lifeguards, who explained that during the school holidays they had large inflatable in the pool.

I took my son and daughter back to have a shot and couldn’t get them off it ! Atlantis has a family changing village for the pool, which is ideal for young families.

I was interested in trying a few classes while I was there and took part in body pump, and body balance – pretty tough, but I felt great after wards. Thank goodness the dance studio is air-conditioned.

I also went along to something called Zumba. It is a cross between aerobics and dancing which was a great fun. There were more than 100 people in the class. I can’t wait to tell my friends back home about it. I enjoyed a Star bucks coffee and fresh cake, That I think coffee and a fresh cake, that I think I had earned.

I couldn’t wait to get into Atlantis but my annoying sister insisted on playing in the park. When I did get inside it looked so cool. Sitting in the cafe we could see part of the flume and into the swimming pool, we watched people on the climb cube, and in the games hall some people were playing basketball and football.

We had lunch in the cafe and I had a strawberry smoothy and there was home made cakes that were just lovely, I couldn’t wait to have a go on the 5 level play zone that I could see whilst eating my dinner. I also used the free wifi in the cafe to Facebook my friends.

Then my mum found out Atlantis ran Kids’ Camps. I came back every day for the camp and we played football, badminton and loads of other things, like climbing. I had a great time and I am going to add them as a friend of Facebook. So I can see what they are planning for next year!

Atlantis was so much fun from the minute I arrived, I played in the swing park and the play area and even went swimming; my favorite bit was when got to go on the flume. I didn’t think it could get any better, but mum told us we could get a shot on the pool inflatable and Water Walk-erz’. They were huge and took up nearly the whole pool.

Then I got to go exploring in the soft play zone. It was really colorful and fun and there were lots of slides and tunnels to play in. The little kids were in a separate part so they didn’t get in the way!

When I got to the top of the playzone I looked down to see my mum. I was so high up,my mum said it must have been seven meters – it was magic.

After that I went climbing in the Cube and a fun instructor called Ben showed me how to get up and along the wall and by the end of the session I was really good.

Everyone at Atlantis was really nice and I can’t wait to come back again. 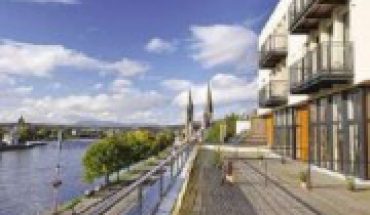 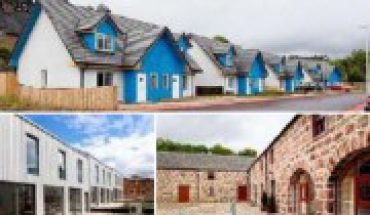