Moray is renowned for its business excellence and one of the area’s biggest success stories is forres-based AJ Engineering & Construction services Ltd.

It has been a busy 2012 for the firm which has undertaken projects throughout the Highlands and Islands from Shetland to Islay.

The past two years have marked a significant period for AJ Engineering.

In the year 2011 the company appointed its first general manager, Tom Scott, a qualified chartered, civil and structural engineer who graduated from Glasgow University with a masters degree.

Originally from Golspie, Tom previously worked for some of the biggest construction firms in Scotland, Morrison Construction and Edmund Nuttall, on high profile projects including the Forres Flood Alleviation scheme and the Fochabers bypass which is currently under way.

Key to AJ Engineering’s success has been its ability to diversify into a variety of engineering sectors.

The firm has provided services to a wide range of industries such as the distillery sector including re-roofing buildings at Glenfiddich and Islay; fabricating a new hopper for Inchgower as well as public sector projects including re-roofing Kinmylies Primary School, Inverness and Kilmallie Community Hall.

A recent addition to the company’s portfolio is the renewables sector particularly in sub station construction.

One recent project sees the construction of a new sub station for Corrie Construction at Dounreay. The sub station will harness the energy from wind farms around the north of Scotland and feed it into the National Grid via a second sub station in Alness which AJ Engineering also built.

Other projects have included a sub station at Luichart; Griffin wind farm at Dunkeld, near Aberfeldy; and repair work to a tunnel at the major hydro scheme at Glendoe, near Fort Augustus for Bam Nuttalls.

A more local renewables project is the building of a new recycling centre for Moray Council at its Waterford Depot in Forres.

Other projects include fabricating and supplying steelwork for the airport terminal at Scatsta, Shetland; cladding on the new Lochaber High School; and steelwork for a church conversion in Shetland.

It recently repaired the expansion joints on the Kessock Bridge linking Inverness to the Black Isle.

A current project is the Holm Burn bridge replacement which involves widening around 230m of Dores Road, Inverness.

The existing two span bridge over Holm Burn is to be demolished and replaced by a new single span bridge to accommodate the widened carriageway.

The Forres location has proved to be a key element of the company’s success enabling the business to offer its services throughout the north and north east of Scotland including Moray, the Highlands but also the Western Isles (most recently on water treatment buildings), Orkney and Shetland as well as going further a field if required.

Last year saw the construction of a new, purpose-built workshop and office block at the company’s site in the Greshop Industrial Estate which became the new premises for business partner, precision engineers, FirScot.

In 2009 AJ Engineering took a 65 per cent shareholding in the Newton more company to allow it to expand its interests along the A96 corridor.

This summer FirScot was awarded £193,000 from Highlands and Islands Enterprise towards a three-year business expansion and workforce development programme.

FirScot managing director, Burgess Hay said: “The purpose of the alliance between AJ Engineering and FirScot is to complement each other’s skills, to increase the customer base of both companies and to collaborate on jobs that neither company would have done on its own.

“Examples of this is the recent refurbishment of the Kessock Bridge expansion joints. AJ Engineering was on site repairing the bridge and FirScot supported the programme by machining broken and worn components on demand allowing the work to be completed early.

“Likewise, FirScot was awarded a contract by an Aberdeen-based company to refurbish its aging production equipment and AJ Engineering supported that project by fabricating custom lifting equipment and supplying skilled labour.”

It is a business relationship that has gone from strength to strength in the past two years and if past achievements are anything to go by, looks set to continue bringing success for both partners.

And that can only mean much needed good news for Moray and beyond. 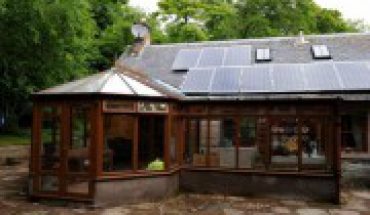 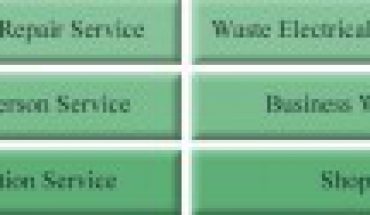