In 1286, King Alexander III died when he fell from a cliff side trail in a storm. He had been riding north from Edinburgh to see his new wife who was some twenty miles away in the royal manor of Kinghorn. His other children had died several years earlier and thus Scotland was left with no Heir to the throne. Before Alexander died, however, it had been agreed upon by all the nobles that if the King did die with no heir, the crown would fall to his daughter’s daughter, who was then only three.

The new Queen of Scotlands name was Margaret, the Maid of Norway. Word of the Kings death and the New Queen had also been sent to Edward I, who was also Alexander III’s brother In law, and who had been very friendly with Scotland up until that time. Because of the blood ties and the fact that there had been over 100 years of peace, most of the nobles and clergy more or less trusted Edward I. No one was aware that Edward I had had his eye upon Scotland for quite some time, but had refrained from doing anything about his desires while his brother-in-law sat on the throne.

As Margaret was only three and living in Norway with her father, the King of Norway, a council of guardians was set up to govern Scotland for her. Important amongst the guardians were John Comyn and Robert Bruce, also known as Robert the Competitor and grandfather of the eventual King. There was a great deal of bickering, minor power struggles and skirmishes between the guardians as each tried to strengthen his own position. Most of this stopped, however, when Edward gave his official approval to the succession of Margaret.

With Alexanders death, Edward saw this as the golden opportunity he had been waiting for. He proposed that Margaret be married to his young son, Edward II, who was now six. The Scottish wardens warily agreed.

In 1290, Edward sent a ship to Norway to bring the small princess to Scotland. In what appeared to be a legitimate act of kindness, the King had the ship stored with sweetmeats, fruit and gingerbread for the young Queen. In the end, all of the negotiations and planning was for naught as Margaret fell ill on the voyage and died before she ever reached Scotland. This threw contention for the crown of Scotland wide open. 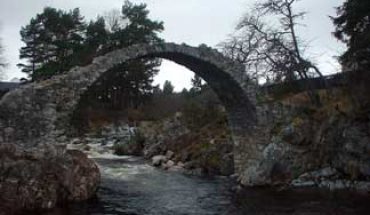