Artists and Photographers (myself included) love this spot due to the pretty river and the ancient bridge which is so picturesque. The first of the Scottish ski villages, the history of this small but lively community dates back many hundreds of years with its past reflected in the curved arches of its ancient packhorse bridge – the oldest stone bridge in the Highlands.

Surrounded by spectacular mountain and moorland scenery and within easy reach of a host of exciting tourist attractions, Carrbridge has a great deal to offer both summer and winter visitors.

The village of Carr Bridge owes its name to this old river crossing and nearby ancient pine forest contains the Landmark Forest Adventure Park. It has a variety of attractions, including a wild water coaster, steam powered saw mill and the UK’s first nature trail, Treetop Trail. Originally built to accommodate pack-horses it would be a difficult shape to manoever in a car! The original bridge was build in 1717 at a cost of £100. The bridge was needed as Carrbridge used to be a stop for the Inverness Mail Coaches. This famous pack-horse bridge, reputed to be one of the oldest bridges of its kind in Scotland.

Carr is Gaelic for boggy – they live in one of the driest areas of Scotland. Protected by mountains and nestling in the Cairngorms National Park near Aviemore, it has its own enviable microclimate. Damp mists, so redolent of the Highlands, are virtually unknown and rainfall is as low as in the south of England. Carrbridge has about 130,000 visitors a year, drawn by the scenery and prolific wildlife and annual highlights such as the Golden Spurtle World Porridge Making Championship.

“Highland wildlife park” is another attraction that is sure to delight young and old alike. Here you will drive your own car through the reserve, watching the wild animals in their own habitat. There are many traditional Scottish animals as well as other exotic, wild animals from aroung the world. They even have a program where you may become “warden for the day”, where you may get up close, and help to feed, train and clean the animals. You must be eighteen or over for this one, but what an exciting adventure. 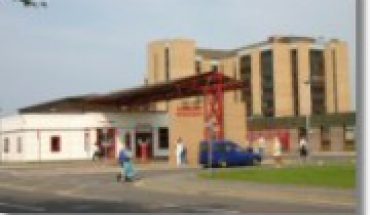