Visits to Britannia begin in the visitor centre, within Ocean Terminal, where royal holiday snaps and video clips of the ship’s most famous moments, which included the 1983 evacuation of Aden and the British handover of Hong Kong in 1997, are shown. An audio handset is then handed out and you are allowed to roam around the yacht: the bridge, the admiral’s quarters, the oicers’ mess and a large part of the state apartments, including the state dining and drawing rooms and the (separate) cabins used by the Queen and the Duke of Edinburgh, viewed through a glass partition. The ship has been largely kept as she was when in service, with a well-preserved 1950s dowdiness which the audio guide loyally attributes to the Queen’s good taste and astute frugality in the lean postwar years. Certainly the atmosphere is a far cry from the opulent splendour which many expect.

Follow in the footsteps of royalty when you step on board The Royal Yacht Britannia. With stunning waterfront views and a spectacular setting at Ocean Terminal in Leith it’s the perfect place to bring your family and friends. Now you can experience this wonderful iconic visitor attraction all year round for just £11 (Subject to change) with our Annual Pass – enjoy our Royal Deck Tea Room, discount in our Gift Shop and special events through the year.

The guide’s commentary also reveals quirkier aspects of Britannia’s history: a full Marine Band was always part of the 300-strong crew; hand signals were used by the sailors to communicate orders as shouting was forbidden; and a special solid mahogany rail was built onto the royal bridge to allow the Queen to stand on deck as the ship came into port, without fear of a gust of wind lifting the royal skirt.

As you visit ‘The Royal Yacht Britannia’, you may find interest in following listings . . . 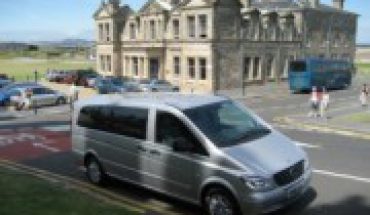