Jura comes from the Norse words meaning Deer Island. Today over 6500 deer live on six estates on the island. In contrast, the human population is only around 200. The local telephone directory is said to list 97 numbers.

The island is 29 miles long and 7 miles wide in places. The west is wild and virtually uninhabited, occupied only by the three Paps of Jura which are known in Gaelic as The Mountain of the Sound, The Mountain of Gold and The Sacred Mountain. The island’s annual Fell Race takes place on the last Bank Holiday weekend in May.

Many caves and raised beaches can be found on the west coast, but you’ll have to be a good walker to reach them. Wildlife lovers will be interested to know that there are over 100 species of birds (including golden eagles) on the island, together with wild goats, seals, rabbits, hares, stoats and otters.

The long and narrow island of Jura is one of the wildest and most mountainous of the Inner Hebrides, its entire west coast uninhabited and inaccessible except to the dedicated walker. It is about 28 miles long and an average of 7 miles wide with a community of less than 200! Those who come here often feel they have discovered a secret, repeat bookings are the norm. If you’re just coming over for the day from Islay, and dont fancy climbing the Paps, you could happily spend the day in the lovely wooded grounds and walled garden of Jura House five miles from Feolin Ferry.

The 115 miles of coastline has a wide range of interesting features, from caves and cliffs to raised beaches and long stretches of white sand. Many rare species of plants, birds and mammals inhabit these areas, including the beautiful and sometimes elusive otter. It is said that there is a pair of otters for every three miles of coastline. Small Isles Bay, Craighouse has its own resident colony of seals which can often be seen basking on the rocks in front of the Manse. If you enjoy climbing and hill walking then the Paps of Jura should definitely be on your “to do” list.

The walled Jura House Garden was built at the beginning of the 19th century by the Campbell’s of Jura, designed and laid out as a typical Kitchen garden to provide the house with fruit, vegetables and flowers and run as such for many years. Outside the garden towards the sea and surrounded by a wildflower meadow. Visitors will find a large collection of Australasian plants collected in 1999 on a trip to New Zealand, Australia and Tasmania. There are also a large variety of perennials, many allowed to self-seed creating a loose and natural style, with other shrubs and secluded corners resulting in a surprising mosaic of different moods. There is also an attractive circular walk through the grounds of the estate as well as a scenic walk along the cliffs. The naturalised woodlands at Ardfin have an abundance of wildlife. A booklet is available from the information point near the car park. Jura House is also available for Self-Catering parties of up to 16. Jura House Garden, Ardfin Estate, Isle of Jura, Argyll, PA60 7XX Tel: 01496 820 315

The feolin study centre (FSC), Jura The objective of the Feolin Centre was to advance the education of the public, including inhabitants and visitors, about the Isle of Jura. This was done by establishing a research centre that focuses exclusively on charitable education, research, and cultural projects for the community of Jura. The feolin centre holds the largest data base of information about the island of Jura in existence, in the world. The research effort is now totally digital in aspect. A commercial research entity, Float Research, located in southern Britain has now been created out of research originally begun at Feolin. Organisations such as NASA, the US Geological Survey, the National Geographic Survey of America, the National Imagery and Mapping Agency (USA), the National Oceanographic and Atmospheric Agency (NOAA) of the US, KODAK and Fuji, have all contributed data, time, technology and expertise to the project. Feolin Study Centre Feolin Ferry House, Isle of Jura, PA60 7XX

How to get to Jura

Take the small, privately-owned, vehicle ferry from Port Askaig on the Isle of Islay for the 5-minute ride over to Feolin on the southern tip of Jura. Contact Western Ferries on 0141 332 9766.
The timetables are now provided online by the Islay and Jura Marketing Group.

There’s talk of starting a 17-car ferry direct to Jura from the mainland. It is part of a proposal by a group of Islay-based businessmen who would then like to see tourists driving 20 miles across Jura and taking the short ferry over to reach Islay which would be shorter for them than the current ferry from Kennacraig to Islay.

Travel to Jura is by Caledonian MacBrayne ferry from Kennacraig, West Loch Tarbert to Port Askaig or Port Ellen on Islay; thence to Jura from Port Askaig. The Calmac ferry to Islay should be booked well in advance – 01880 730253 or on the website www.calmac.co.uk. The ferry from Port Askaig to Jura leaves regularly, with no booking, until approx. 1800hrs. If you intend to use the late Calmac ferry which leaves Kennacraig about 1800 hrs, there is a ferry to Jura at 2130 hrs (tides permitting!), but this must be booked by 12 noon the day before travel – 01496 840681. 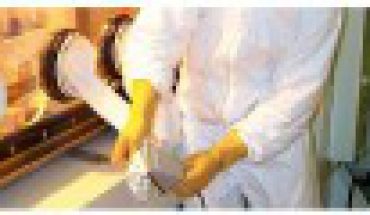