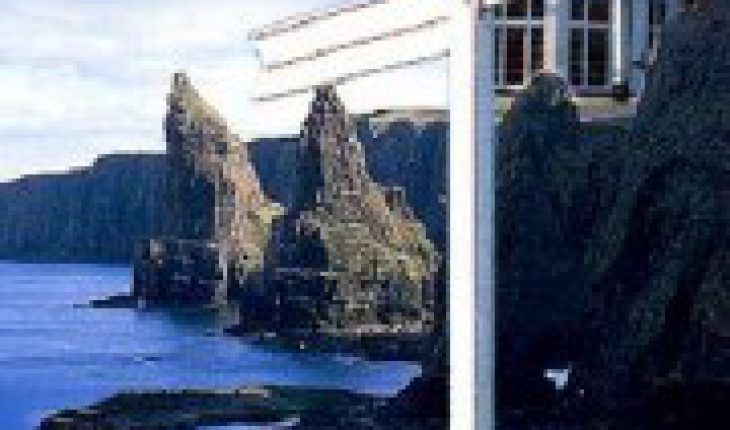 John o’ Groats (Between Wick and Thurso) is a village in the Highland council area of Scotland. Once a part of the county of Caithness, John o’ Groats is popular with tourists because it is usually regarded as the most northerly settlement of mainland Great Britain, although the actual most northerly point is nearby Dunnet Head.

John O’Groats is located on the north east corner of the British mainland and is the furthest village from Land’s End 876 miles southwestern corner. The village is currently separated into two distinct areas: the harbour area (the ‘core area’ for the purposes of this study), which has a collection o f buildings grouped around the existing harbour; and the separate, predominantly residential community to the south, located around the junction of the A99 and the A836. The existing harbour continues to be used to ferry passengers to and from Orkney and on scenic wildlife excursions. It is also home to several lobster and crab.

The area is fringed to the north and east by dramatic coastal scenery. Away from the coast, the landscape is dominated by open moorland and blanket bog, divided up along the straths (river valleys) by more fertile farm and croft land.

This coastal environment is home to large, internationally important colonies of seabirds. The surrounding waters of the Pentland Firth and the North Sea hold a great diversity of marine life. The underlying geology, harsh climate and long history of human occupation have shaped this rich and distinctive natural heritage.

The core area of John O’Groats immediately adjacent to the harbour area and followed the east coast of Caithness and Sutherland down towards Inverness. The coastal area – of the sea frontage to the Pentland Firth, stretching out east and west of the core area (approximately 2-3km in each direction). The broader coastal area stretching east to Duncansby Head and west to the John O’Groats Water Mill.

You can explore the triangle of Caithness that is capped by the ‘end of the road’ community of John O’Groats. You should also find time to explore the golden beaches, fine harbours and towering cliffs of Dunnet Bay and Dunnet Head, the latter being the true most northerly point on the British mainland.

“On the West side of the Island you can find the remains of a pirates lair! This is a 10 foot square pillar of rock surrounded by the sea and called Castle Nestag. Further along the grass and heather brae’s is the Devils Punch Bowl (Big Gloup) consisting of a natural hollow in the ground with a ledge running above sea level about one hundred yards. This channel can be sailed by small boats. Islanders hid their whiskey from the Excise men in it.” – This is a small extract from the leaflet produced by Robert G. Dundas, Stroma View Souvenir Shop and Camping Site at Huna by John O’Groats.

The Island of Stroma 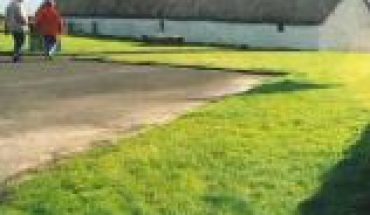 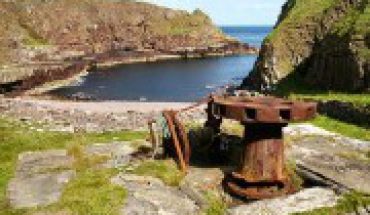