The Old Royal High School is the name given to a historic building on Calton Hill in Edinburgh, which previously housed the school of that name. Metonymy Regent Road, the street address is used within the school community to distinguish it from other places beyond the school. The building is also known in some official sources as New Houses of Parliament in a 1978 proposal to convert to that use.

After the Old Royal High School was vacated in 1968, the building became available to the home of the proposed devolved Scottish Assembly and was amended accordingly in 1970. However, the referendum of 1979 the delegation did not provide enough support for a responsible Assembly in Scotland. Instead, the building has been used as offices for the departments of the City of Edinburgh, the Duke of Edinburgh Award unity and oneness of Sports and Outdoor Education.

With the successful passage of the Scotland Act 1998 and the introduction of devolution in Scotland in 1999, the Old Royal High School was raised again as a possible home for the new Scottish Parliament. Eventually, however, the Scottish Office decided the site of the new legislature in a specially designed structure in the Canongate area of Holyrood.

Subsequently, a number of uses have been suggested for the building, including a house of a Scottish National Photography Centre. In February 2010, City of Edinburgh Council – the current owners of the building – have initiated a project to lease the building to be used as a hotel and an art gallery.

Original Parliament House in Edinburgh is located in the old town near the Royal Mile and now houses the Supreme Court. These were the buildings of the old Scottish Parliament that existed before the formation of the Kingdom of Great Britain in 1707 and the founding of a British Parliament sitting in the Palace of Westminster in London.

In 2004, the City of Edinburgh Council and the Heritage Lottery Fund has endorsed a plan by former SM La Reina real press secretary, Michael Shea, to use the Old Royal High School as a Scottish National Photography Centre at a cost £ 20 million.

In February 2010 the City of Edinburgh Council has announced a plan to use the building as a hotel and a public art gallery, which is described as a “hotel of the arts.” The cost is estimated at £ 35 million and the project was awarded to Duddingston House Properties to design and operate. The City will retain ownership of the building. 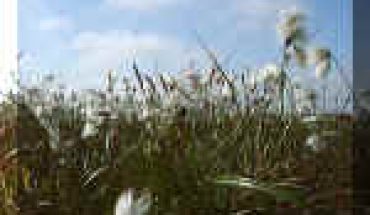