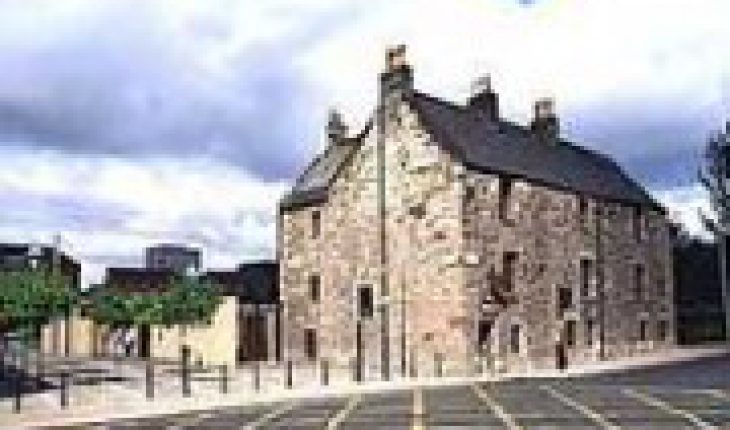 The house was built in 1471 as part of St Nicholas’s Hospital by Andrew Muirhead, Bishop of Glasgow. You can still see the bishop’s coat of arms on the eastern side of the south gable. It later became the town residence of one of the canons of the cathedral chapter.

This clergyman is thought to have drawn his income from the rents and taxes of Balernock, and was known as the ‘Lord of the Prebend of Balernock’, later corrupted to ‘Lord of Provan’. The house takes its name from this title.

All the other medieval buildings that once surrounded the cathedral had been demolished by the beginning of the twentieth century. It was only through the work of the Provand’s Lordship Society that the house was saved from the same fate.

The building was offered to the City of Glasgow District Council by the Provand’s Lordship Society in 1978. Thanks to the donation of a fine collection of seventeenth-century Scottish furniture by Sir William Burrell, you can experience what a domestic interior of around 1700 would have looked like, as well as admiring the medieval fabric of the building.

A room on the first floor contains a display about Cuthbert Simson, a priest who lived in the house in the early sixteenth century century. Provand’s Lordship stands opposite Glasgow cathedral and St Mungo Museum of Religious Life and Art.

Behind the house is the St Nicholas garden, a medical herb garden built in 1997. The garden contains medicinal plants in use in the fifteenth century, and is designed to reflect the original purpose of the house.