The Dunnet area is well known for recreational access with two of the best known recreational areas in Caithness – Dunnet beach and Dunnet forest.

The area around Dunnet Bay and Dunnet Head is of particular interest to Ornithologists. Dunnet Forest is close by and there are numerous fishing Lochs within a mile. Dunnet Head, the most Northerly point on the British Mainland is just 3 miles away.

Dunnet Head is 58 degrees north, further north than Moscow! The 100m high cliffs of old Devonian sandstone are a stupendous site at any time of year. The Dunnet Head lighthouse was built in 1831 by Robert Stevenson. Embracing the principal bird habitats of land, waterside and water there is and abundant variety of bird life. Spring is a great time to see fulmar, cormorants, razorbills, guillemots and much more. Puffin watching is between May and July. There are also ground nesting birds such as the great skua.

The area of Dunnet beach and particularly Dunnet Head, is noted in the Caithness Local Plan as a `dramatic and striking’ coastline identified as locally important and requiring recreation management.

The multiple coastal routes together with access points to the coast by Dunnet e.g. by Dunnet Pavilion, opposite Marymass Green, the fishermen’s bothy and Dwarwick Pier, provide for a range of access users. Horse riders, walkers, water sports and other beach activities use the access by Dunnet Pavilion as the main area to base coastal activities due to the provision of good and easy access to the beach, public toilets and good parking facilities.

The wild coastal moorland, dramatic cliffs and the most northerly point on the mainland are an attraction to visitors around Dunnet Head with local use noted of the route by Dwarwick and the House of the Northern Gate to Peedie Sands.

At Dunnet Head the cliff viewing point and the remains of the old radar station provide the focus for access locally. The more adventurous and well prepared can explore the cliffs with care, making the link between Dwarwick and Brough via the coast.

Self guided walking routes are available in the cottage and fishing permits can be organised for the Dunnet Head and St John’s lochs. You can take guided walks with the RSPB or the Ranger Service, visit nearby Mary Ann’s Cottage and the Castle of Mey or take a wildlife tour from John o’ Groats. The WWII military installations on Dunnet Head are a source of fascination for many visitors, and there is a guide book and DVD available to help you decide exactly what you would like to do and see.

Dunnet Forest is an area of mature coniferous forest containing a variety of pine and spruce species with some broadleaved trees such as sycamore and birch. Dunnet Forest lies to the south of the village of Dunnet adjacent to the A836 Thurso to John O’Groats road, just inland from the beautiful sands of Dunnet Bay. The area was planted by the Forestry Commission in the 1950s as an experiment in planting on poor soils, but is now managed by the local community for recreation and biodiversity.

Near the Dunnet end of Dunnet Links you will find the Dunnet Links National Nature Reserve. This includes a large wooded area complete with bridges and walkways, a good place for children and even toddlers should manage to toddle it! Dunnet Links is one of the largest sand-dune areas in the North of Scotland and the reserve hosts at least 230 different plant species, one of which is the Scottish Primrose which is only found on the North coast of Scotland and in the Orkney Isles.

Dunnet forest is the most commented upon area by the public in Caithness. This is an indication of the quality of the recreational access resource provided by the Dunnet Forestry Trust, with all-ability, horse riding, walking and mountain bike users all being catered for with paths and trails in the forest. The roadside footway linking the forest to the caravan site and beach access point together with Dunnet village creates a well integrated access resource for locals and visitors alike.

A range of woodland birds can be seen flitting between the trees including goldcrests, coal tits and crossbills. The ponds and wetland areas within the forest provide the perfect conditions for ducks, herons and numerous wee aquatic beasties. Flowering plants such as eyebright, thyme and marsh orchids flourish in the shelter and sunlight of the woodland rides and provide food for butterflies including the common blue, dark green fritillary and meadow brown. You may also encounter weird, wonderful and beautiful sculptures hewn from the wood of the forest.

If you have a kayak or small boat you can use the slipway in Brough Bay, below the property, which is also a lovely spot to barbecue on the beach. The views to Orkney are magnificent, and day trips to the islands can be arranged. Dunnet Head has been described as “Caithness in miniature” with points of archaeological, geographical, historical and geological interest, as well as a great place for outdoor activities.

A new multipurpose path link has been created by the Environment Section of The Highland Council Planning and Development Service to link Dunnet Village, Dunnet Pavilion and Dunnet Forest in Caithness. The new path is wide enough to cater for walkers, buggies and pushchairs, cyclists and horse riders allowing for both visitors and locals to use the various facilities of the beach, the village and the forest whilst avoiding walking on the road or road verge. The all-abilities trail has been extended to 1600m, and approx 2km of new footpaths created. In addition, a 2km horse riding trail, and a mountain bike “technical trail” have been constructed. As part of the Highland 2007 year of Culture, we will be installing a number of wood and stone sculptures in the forest during 2007.

Are you interested in plants, wildlife, burial chambers, beaches, fossils and walks in the area? The Ranger Centre is where to go for help and advice. Guided walks available.
Opening Hours:
Tues-Fri 2pm -5pm
Sat/Sun 2pm to 6pm from April to the end of September.
Closed Monday.
Dunnet Beach Sculpture Competition every year in the 2nd week of August.

Getting to Dunnet Head

Specific information and a detailed map can be found at: Dunnet Forestry Trust

Also dont forget to visit nearby and around the Dunnet: 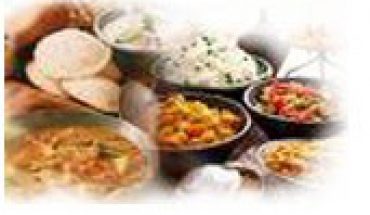